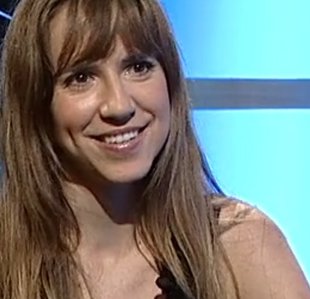 Marcela Topor recently talked to actor Aina Clotet, who’s just directed her first short film, Tiger.
catalan connections - marcela topor
What is your relationship with English?
I started studying it at school, and afterwards my father sent me for a couple of summers to the States. I’ve been learning English my whole life.
Obviously, speaking languages is very important for an actor.
And one also mustn’t forget about the accent. You need to speak good English if you are a doctor or an architect, but as an actor you also need the right accent to play certain roles. For example, I can’t play a native English speaker, I’d have to work very hard to make it believable. That means that I can play the foreign girl, or the friend; but thankfully, I think this trend is starting to change.
You’ve been involved in some international projects.
I developed a project in LA three years ago, and I’ve done a few jobs in France, like a TV series. I had the honour of working with Michel Hazanavicius, the director of the movie, The Artist, in a film called Les Infidéles. And to my great pleasure I got to work with Jean Dujardin, the main actor in The Artist.
What do you think of dubbing?
I respect the people who do this work, but I don’t think we need dubbing. It’s much more important to hear the actors’ words and voice – as an actress I believe that our voices are essentially half of our work, and there’s a lot of emotions that we can convey through the way we talk. I’ve seen myself dubbed, and it was so weird!
Do you watch a lot of series or movies?
I try to watch as many as I can, because I think right now there’s a lot of good content – some of which is created here – but now that I have a little girl, I don’t have much time to enjoy it.
How has being a mother affected your career?
I decided that we women have superpowers! I love my work, and I’m a very passionate person, so I try to juggle both things – I bring my daughter to work very often, and I do whatever I can to share moments with her – but obviously now it’s harder, because I have a very important role that I will keep forever, and I love it.
How did you get into acting?
My father had an interview in TV3, and he brought me and my brother along to see the studios. We were approached by a casting director who asked us if we wanted to audition for a role in one of the first Catalan TV series. They told us to do an improvisation, and we agreed in secret to recreate an argument we had had the day before. They ended up giving me the job! I worked on that series for four years, and when I was 16 I decided to stop a little. I felt as if I had been placed into that life, and before doing films or series again I wanted to grow as an actress. In college I studied Audiovisual Communication, and afterwards I started History of Art – but I never finished that one, instead going into acting full-time.
You come from a family of doctors, and yet you and your brother became actors.
We grew up in a very scientific house – but our parents have always encouraged our decisions. Look at my brother – he did a few things as a kid, but he forwent acting in favour of a marketing career up until he was 28, and then decided he wanted to go in front of the camera again. I’d have loved to study medicine if Id’ had the time, but I chose acting instead, and my family has always supported me. Thankfully, one of the things I love the most about my job is that you can become whatever you want, to change your point of view and see life differently.
Tell me about your new short film, Tiger, which you wrote and directed.
Before Tiger I hadn’t written a script for a long time, because I was focused on my work. But of course, while I was pregnant I couldn’t take on jobs, so eventually I had the idea and I wrote it. I didn’t think much of it at the time; I merely wanted to talk about that moment, about the changes in the couple, and how it affects their lives. The story talks about a couple awaiting their first child, who have lost their cat. It’s a metaphor; the cat is simply an excuse for them to talk about their problems during the pregnancy, about their fears and how they believe they should act faced with their upcoming parenthood.
What about your future projects?
I’ve just finished shooting a very special movie produced by ESCAC films, which is directed by 11 directors – it’s crazy! La filla d’algú focuses on a woman who discovers that her father is not what she thought he was, and resolves all around her emotional trip. It should be aired next year. Apart from that, next year I’ll do a play called El sistema solar, which has been a great success in Peru. It’ll premiere in March, and it’s going to be the first time I work with my brother. Finally, there’s my latest project, the still in development L.A. Jungle, about a woman who travels from Barcelona to Los Ángeles to try to make a living there.
Being whoever you want Being whoever you want Being whoever you want Being whoever you want Being whoever you want E-mail
Leave a comment
Sign in. Sign in if you are already a verified reader. I want to become verified reader. To leave comments on the website you must be a verified reader.
Note: To leave comments on the website you must be a verified reader and accept the conditions of use.