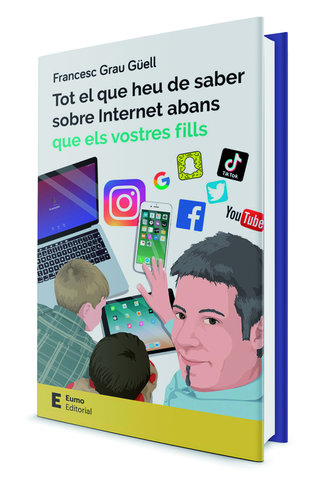 Francesc Grau (Banyoles, 1976) is an entrepreneur, social networks and new communication technologies expert, as well as a digital consultant. He has recently published a book: Tot el que heu de saber sobre internet abans que els vostres fills (Everything you need to know about the internet before your children do) (publisher, Eumo), which no doubt many parents have either been eagerly waiting for or will greatly appreciate