The International Labour Organization (ILO) defines teleworking as using information technology to carry out a professional activity away from central offices or production facilities. According to the latest figures from the national statistics institute, in 2018 some 4.3% of employees worked from home habitually (for more than half of the working day), with 3.2% doing so occasionally. At the end of last year, a study by the Adecco human resources provider estimated that 7.9% of the workforce did telework to some extent.

With the quarantine restrictions due to the coronavirus pandemic, the proportion of employees working from home has shot up. For example, around 16,000 staff members of CaixaBank have been teleworking during the crisis, as have 90% of employees at the Spanish IT firm, Indra. Meanwhile, the Pimec business association estimates that over 60% of small and medium-sized companies (SMEs) in Catalonia have also turned to telework during the crisis.

Once the pandemic is over, will everything go back to the way it was before, or have companies and employees found a new way of working that is better for them? In theory, teleworking offers freedom and flexibility that allows for a better balance between work and family life. For example, not having to travel to the office every day but keeping to a strict timetable makes it easier to combine working and personal lives while saving time and money on travel and eating out.

In practice, things are not so simple: communication can be complicated if teams cannot talk face-to-face, trust and collaboration can be undermined, while it is also often harder to judge the burden of work or the specific challenges facing each employee on a day-to-day basis. A recent survey by the Deloitte professional services company found that 30% of employees dismiss teleworking due to the negative consequences it can have on their careers and because bosses have a lack of faith in this model of working.

The majority of employees who work from home in Spain are women with children, something that distances them from the company and holds them back from progressing in their careers. Teleworking can also cause employees more stress, because of the difficulties in setting a working timetable and in disconnecting from work while at home.

Pedro Bisbal, from the ESIC business school, has five recommendations for those who are new to teleworking:

“1. We should get up and get ready exactly as if we were going to work. That means continuing with the same morning routine: personal hygiene, breakfast, exercise, reading... As for clothing, the best thing is to wear something comfortable, as we are at home. If you have to do a meeting by video conference, the part of you that is visible should be in line with what would be considered normal at work. We have to make sure that our working day at home is the same or similar to what it would be in the workplace.

2. We should not begin the day without having first planned it out. Set out the three most important tasks of the day and do not become distracted by other things, such as email, phone calls, online meetings, and so on, until the main tasks have been completed.

3. Do not allow interruptions from family members or colleagues while concentrating on the important work. We should set a specific period in the day to deal with other matters, which should begin once the day’s most important tasks are done. Not allowing interruptions means warning family members in advance, putting the smartphone on airplane mode, not checking messages, and turning off notifications.

4. We should maintain fluid contact with the rest of the team during the set working hours. That means agreeing on rules beforehand (what is and isn’t allowed) and deciding on the means of communication, whether it be video conferencing, chat, intranet, email, WhatsApp groups, phone calls, and so on.

5. We should work in blocks of time. Once the day’s three main tasks have been completed, the rest of our obligations should be done in blocks. We need to define the blocks of time beforehand and which tasks we’ll use them to complete, whether it is answering emails, following up missed calls, making calls, and the other things on our to-do list.”

For many companies, having a set timetable and being able to monitor their employees during the working day provides a sense of security, as they often think that if they can see the employees in front of their computers, then they are being productive. And telework can increase the productivity of staff by up to 23%, according to one study by the Cisco technology multinational. The study also found that this type of working can reduce absenteeism by as much as 63%, and that companies can reduce the costs of maintaining a workplace by 18%.

Despite these advantages, many US communications companies that implemented teleworking with the arrival of the internet have now cut back on it. They came up against the ultimate negative effect of telework: more than 80% of the working timetable is spent away from the workplace. This model of working “is out of step with an economic environment in which organisations are increasingly oriented towards knowledge and innovation,” says the Business Innovation Consulting Group (BICG), which adds that “it does not promote the interaction and informal contact with collaborators that produces transfer of information and creative disruption.” In Spain, teleworking does not normally make up more than 40% of the time spent working, and the BICG recommends flexible timetables of working from home “alternating between 20% and 40%” in order to ensure that people meet in the office for a minimum time each week to allow them to collaborate, exchange ideas, and work as a team. Percentages of telework above 40% are only recommended for profiles with a very individualised work dynamic is or when circumstances mean that getting to the office is particularly difficult, such as pregnancy, temporary physical incapacity, or having to care for family members.

José Luis Casero, who heads ARHOE, Spain’s commission on rationalising timetables, says there is now an opportunity for companies and individuals to look at working from home as a tool for productivity and balancing obligations. “The question is deciding on the most suitable model, as going to the extreme (either no teleworking or 100% teleworking) is detrimental in our opinion, and that’s why we argue for mixed models depending on the productive sector you are in,” says Casero, who adds that telework allows employees to save upwards of a thousand euros a year in expenses. This mixed model is what the Catalan government is preparing to offer to 40,000 civil servants, who will be given the option of working from home two days a week.

According to a 2020 study on the labour market by the Hays consultancy, which was done before the current crisis began, multinational companies are the firms that are most open to their employees teleworking (71%), followed by start-ups (66%) and SMEs (64%). In all, 67% of the companies in the study have plans to increase their options for working from home, some 7% more than last year.

The sectors most open to teleworking are public administration, finance, and education, while customer services, electronics, and construction are those least disposed to it. Hays detected a downward trend in firms asking their employees to physically come to work, the study finding that 54% of companies are in favour of their employees coming to the workplace, three per cent fewer than the previous year, while 39% are in favour of combining being in the workplace and working from home, an increase of 2% compared with the year before. As for employees, 80% think they could work from home without any problem and only one in ten thinks that it is not a viable solution.

Some 14% to 20% of companies in Spain have plans to adopt teleworking, although only 4% of collective agreements include the possibility of implementing it. There are no reliable figures for SMEs, although a number of studies suggest that almost 45% of small and medium-sized companies could adopt some form of teleworking. However, it seems there are far fewer who actually want to go down this path. According to a survey carried out by the Sage tech firm, only 29% of SMEs believe that working from home would boost productivity, while the cost of adapting to telework could incur heavy expenses (22,400 euros to invest in the necessary infrastructure for every 10 employees, according to the Cepyme business association).

According to the previously mentioned BICG study on teleworking, there is no basis in the idea that more flexibility could be used to work less.

“If that were to happen, the problem would not be due to flexibility, but rather that the professional in question does not want to work independently away from the workplace. Moreover, what guarantees are there that the professional in the office is actually working?” the BICG document asks, before arriving at its final conclusion that “the main barrier is one of culture.”

There are people working from home in almost all professional fields, but there are some areas where demand for employees doing telework has grown more than others, especially in recent years with the growth in information technology. Here is a list of those areas, in order from the most to the least:

– Programming and IT services.

Teleworkers have the same rights as other employees

Labour relations for teleworkers are regulated in Article 13 of the Workers’ Statute, which is concerned with remote working, or “where the provision of the working activity is carried out predominantly in the home or at a place freely chosen by the worker, as an alternative to physically carrying out the work on the company’s premises”.

The agreement to work in this way with the company must be formalised in writing, and teleworkers should have the same rights as those employees who provide services in the workplace.

In addition to the above, the company has to ensure that these workers also have access to the professional training offered to other employees, and that they enjoy adequate protection in terms of safety, as well as the same rights to collective representation.

A tool against patriarchy

The study, Resistance in Teleworking. Tactics and Subjectivity in Female Teleworkers, by Catalonia’s Open University (UOC) professors Ana Gálvez, Francisco Tirado and José M. Manuel Alcaraz, points out that teleworking allows female employees to claim their own working space, which in turn permits them to be mothers while fully developing their professional careers. Based on a survey of some 72 women with families who have freely chosen to work from home, the study suggests that female teleworkers develop a series of “micro-resistances” to a social and labour model of organisation that they consider to be “patriarchal”.

“It’s their way of subverting and beginning to escape male dynamics, such as having to do long working days in the company,” says Gálvez.

The study also warns of “the risk that ICT’s become just another mechanism that reproduces the traditional differentiation in gender roles, and therefore strengthens the divide that separates men and women in the issue of balancing work and family life.”

Eva Rimbau, Professor of human resources at the same university, explains that it is probable that “supervisors tend to think that women use teleworking to balance their jobs and families, while men use it to be more productive.” 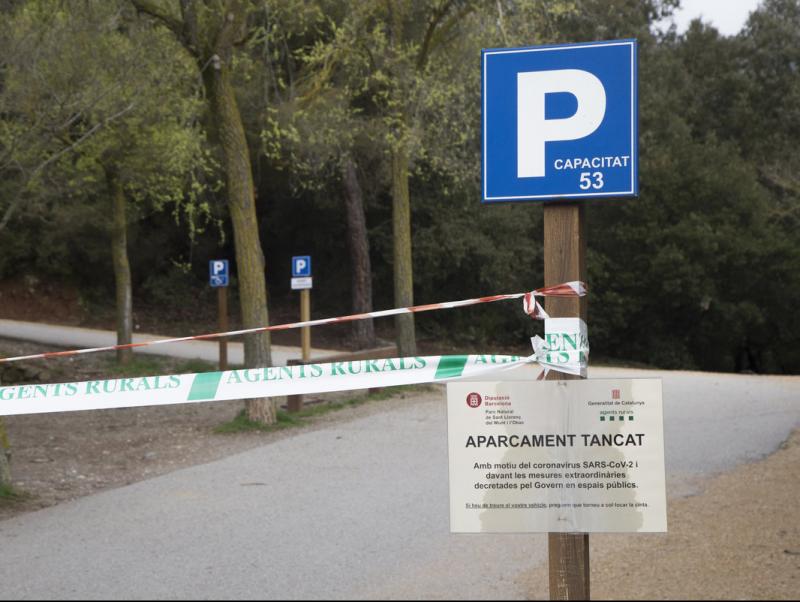 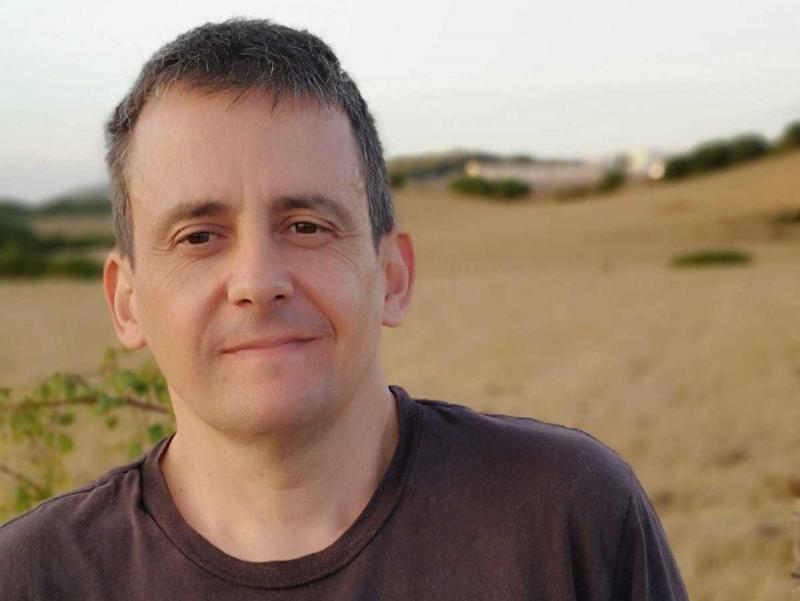 “Covid-19 is just a taste of what may come next”