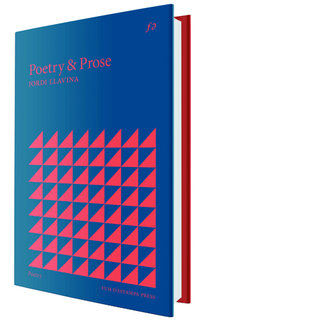 Poetry & Prose Author: Jordi Llavina Publisher: Fum D’Estampa Press Pages: 250 Poetry & Prose is the first time Jordi Llavina’s work has been translated into English and published.
“The idea is to show that Catalonia’s a very good source of high-quality writing” “We’re going to do six books a year, but this may expand”
“UK and US readers are prepared to read more in translation” “We’re reading in Catalan and talking to Catalan writers and translators”
michael eaude / meaude@cataloniatoday.cat

Douglas Suttle, a Londoner, studied History and Archaeology at university. After working in the wine import business in England, he moved to Vilafranca del Penedès some 10 years ago and worked at first in the wine export business: “I wasn’t so good at selling wine as buying it, though.” More broadly, he wanted to experience a new land and was drawn to Catalonia by the spread of Greek culture through the Mediterranean.

Now he supports himself by teaching and translating while setting up Fum d’Estampa Press, dedicated to publishing books in translation from Catalan to English. Michael Eaude talked to him by Skype.