Was Gaudí really an isolated genius? What do masked faces hide and reveal? What was life like in Barcelona’s last slum? Who was Picasso’s first model? Do photos always tell us the truth? The exhibitions at the end of the year try to solve, or perhaps add more questions, to these and many other issues.

No, Gaudí did not burst into spontaneous life in Barcelona at the turn of the 20th century. An unmissable exhibition at Catalonia’s national gallery, MNAC (November 19 to March 2022), will put the great architect into context and reveal the interdependent complexity of a creator in a complex city.

MNAC is convinced that the best way to understand past art is through dialogue with contemporary creation. With this in mind, at year’s end, the gallery has commissioned two new interventions from Antonio Ortega (in October) and Francesca Llopis (in November, as part of the Loop video art festival).

Artists on the Catalan scene feel very comfortable working with the leading museum of Catalan art. On the contrary, they regret that the Museum of Contemporary Art of Barcelona (Macba) marginalises them, but this institution wants to correct this with a series of group exhibitions. The first will be Panorama 21. Apunts per a un incendi dels ulls (Notes for an Eye Fire - October 22 to February 27).

Art lovers should have the Picasso Museum’s proposal for this autumn on their agenda. Lola Ruiz Picasso (November 12 to February 27) will focus on one of the pre-adult Picasso’s favourite models, his sister. She was also a painter (her works will also be exhibited) and the mother of painters. Her son Javier Vilató will get a parallel exhibition at the museum, with a hundred works on the centenary of his birth.

For another year, photography is strong again, with the work of Joan Fontcuberta programmed by two institutions. The Vila Casas Foundation at the Can Framis Museum offers Monstruos (Monsters - October 5 to January 23), featuring a selection from half a dozen of Fontcuberta’s recent projects. Meanwhile, the Virreina Image Centre will have Ça-a-eté? Contra Barthes (Against Barthes - from October 15), looking at Fontcuberta’s claim of photography as truth.

Vila Casas will also renew the contents of its Espais Volart venue with two simultaneous exhibitions (from October 15 to January 2), one featuring the work of the French-Israeli painter based in Barcelona Daniel Enkaoua, while Cigarrillos París i la publicitat moderna (Cigarrillos París and modern advertising) features the posters that the Olot entrepreneur Manuel Malagrida (1864-1946) used to to promote the tobacco company he set up in Argentina.

Virreina also has other exhibitions, such as the retrospective Da zero by the Italian photographer Guido Guidi, and a review of Adrià Julià’s career, Conquista de lo inútil (Conquest of the Useless - October 29 to January 16).

There is more photography at Foto Colectania Foundation, the Mapfre Foundation’s KBr centre and the Photographic Archive of Barcelona. Colectania has Perfect day (until November 21), a series by Txema Salvans that explores the overexploitation of tourism on the Mediterranean coast. Meanwhile, KBr has two simultaneous offerings (until January 16): a review of the career of veteran Italian photographer Paolo Gasparini, and Flama 21, a project aimed at giving visibility to the new generations trained in the photography schools of Barcelona. In the Photographic Archive you will discover the images that Esteve Lucerón took in La Perona, the last slum in Barcelona that was demolished before the Olympic Games (from November 25 to May 22).

Yet more photography can be seen when the winning images from the World Press Photo competition again grace the walls of the Centre for Contemporary Culture of Barcelona (CCCB) (November 10 to December 12). And don’t miss the CCCB’s last exhibition of the year: La màscara mai menteix (The mask never lies - December 15 to May 8), which will address the masked face from a political point of view.

The CCCB featured video games last season, and this season CaixaForum takes over with Homo ludens (December 1 to April 17), while CosmoCaixa will delve into the legacy of the genius of modern electricity, Nikola Tesla (October 30 to December 22).

As for the Miró Foundation, it will recover a project postponed during the pandemic: El sentit de l’escultura (The meaning of sculpture - October 15 to March 6), a very personal look at the history of sculpture by the artist David Bestué.

Two exhibitions with something different are Pintura aborigen australiana, tradició i contemporaneïtat (Australian Aboriginal Painting, Tradition and Contemporaneity), at the Museum of Ethnology and Culture of the World (December 16 to May 15), and La lluna de Lotus. Art i poesia de la monja budista Otagaki Rengetsu (The Lotus Moon. Art and poetry of the Buddhist nun Otagaki Rengetsu, 1791-1875), from November 19, in the monastery of Pedralbes.

Meanwhile, the Born Centre for Culture and Memory is celebrating the centenary of Federico Fellini (until January 9), while the Design Museum is displaying the work of female jewellers of the 1960s, ’70s and ’80s (until November 28). As for the Ideal Digital Arts Centre, it has another hi-tech presentation of a big hitter of the arts, this time Frida Kahlo, from November.

An event not to be missed is the reopening of the Santa Mònica Arts Centre, which until January 10 has the inaugural group exhibition, Exposar-No exposar-se-Exposar-se-No exposar (To Exhibit-Not to Expose-To Expose-Not to Exhibit - until January 10), while contemporary art fans can visit Barcelona’s Capella to see Oscar Holloway’s Otherly seers, which looks at the sensitivity and intelligence of non-humans (October 5 to January 16).

There is also plenty going on outside Barcelona, such as the first Catalan exhibition of Celso Lagar and his partner Hortense Bégué in the Girona Art Museum (October 23 to March 6). Meanwhile, the Dalí Theatre-Museum in Figueres will have the Divina comèdia il·lustrada per Dalí (Divine Comedy illustrated by Dalí), on the 700th anniversary of Dante’s death (from October 8). 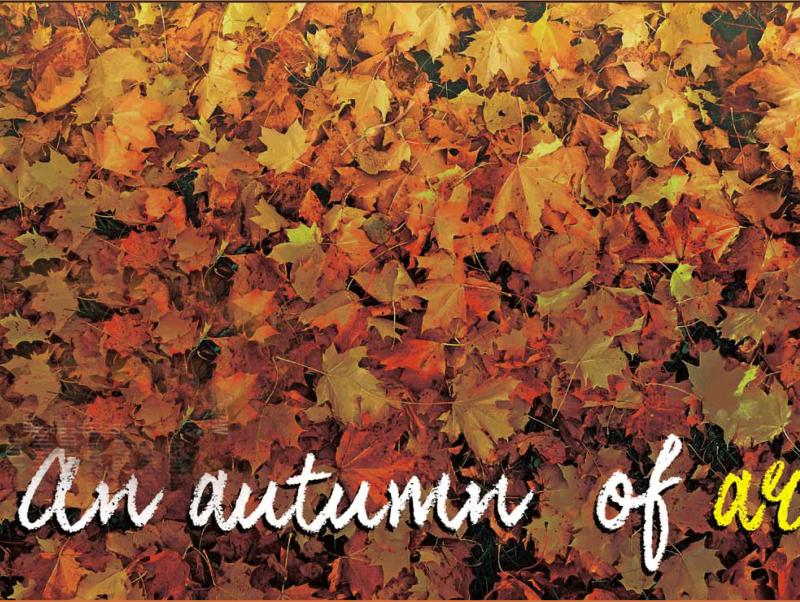 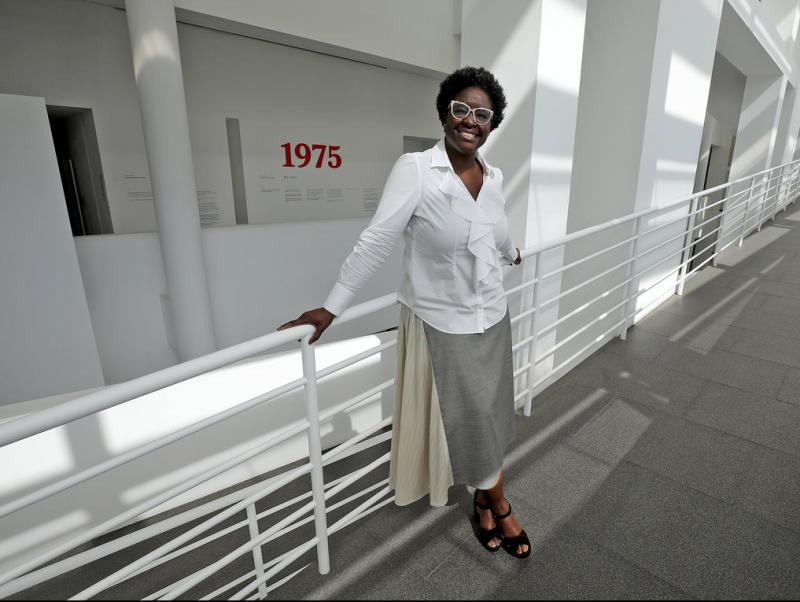 “I want a more human Macba” 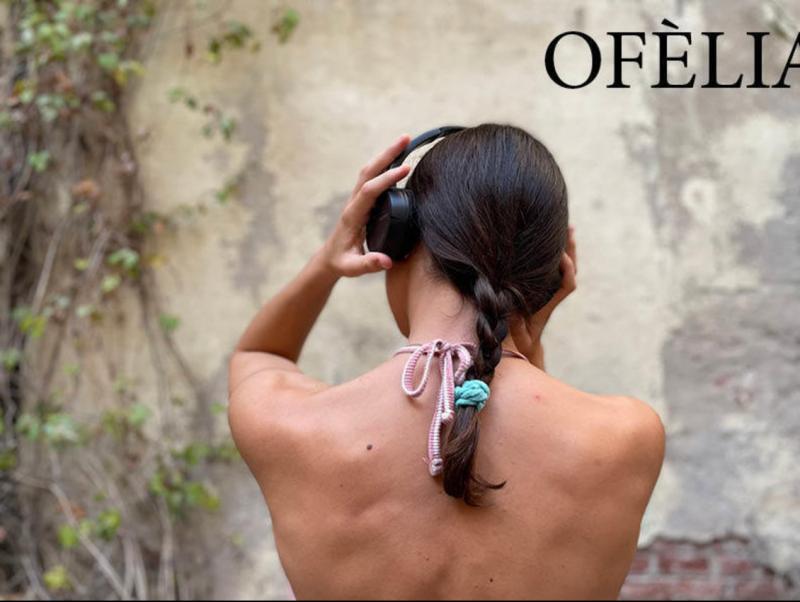 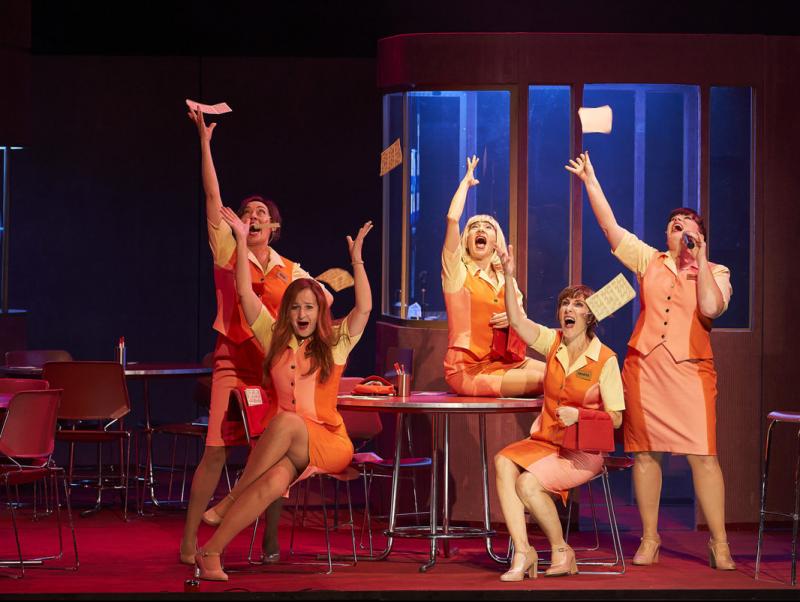