Vineyards and wine are two key elements of the landscape and culture of Catalonia. They are also the visible face of an agro-industrial sector consisting of 52,000 hectares of vineyards, 8,500 winegrowers, and 4,800 people working directly in the winemaking industry. The data provided by the Catalan Wine Institute, INCAVI, also includes figures on wine consumption. Although the pandemic has skewed the statistics and wine sales fell by 10.5% last year in Catalonia, the consumption of Catalan wines in our country is generally becoming more established, gradually reversing a traditional anomaly: despite being a wine-producing country with its own Denominations of Origin (DO), we tend to prefer wines from outside Catalonia. Ten years ago, only 2.7 bottles out of every 10 consumed were Catalan wine. Today the ratio is over four bottles out of every ten.

After much time and effort, the sector has managed to enhance the value of the product, which in return has fed back into a wine business that goes beyond the simple pleasure of tasting a wine served in a glass. Wine tourism, currently the main exponent of wine culture, is seeing good times right now, but it is the deep-rooted tradition of wine and cava throughout Catalan history that explains the more than 180 wine events organised annually in Catalonia, alongside other countless wine promotion initiatives from the private sector.

The magic of wine

No other food product has inserted itself into so many different areas, while creating a parallel world with its own language that goes beyond the consumption of the product itself. What is it about wine that other products don’t have? “What it has is magic,” says Xavi Fornos, director of Vinseum, the Museum of Wine Cultures of Catalonia, in Vilafranca del Penedès. He attributes wine with a socialising power, which along with its relationship with the land and the landscape, make it a supremely cultural phenomenon. At Vinseum, an institution that is becoming a benchmark for wine culture in Europe, the focus goes beyond explaining how wine is made to show all its many aspects, which Fornos refers to as its “cultural, historical, anthropological manifestations that help explain us as a society.”

The director of Vinseum reviews the history of this wine culture. “The first tribal chiefs of ancient civilisations were the only ones who had direct access to a product that stimulated a high state of consciousness,” he says. Later, the consumption of wine became more general, not least because it was safer than drinking water, it is a good source of calories, and it is a product that does not go off quickly. “As wine has for centuries been part of our daily lives, it means society has constructed a story about wine,” says Fornos. In fact, a quick search on the internet turns up over 1,280 proverbs in Catalan with wine as the main concept, showing the importance of the product in the country’s history.

The director of the Vilafranca museum evokes Ancient Greece, where philosophers argued that wine was essential for philosophical dialogue, a tradition that Christianity would adopt by making wine a central element of its liturgy. Wine also played an important role in the Middle Ages, especially in monasteries. The monastery in Poblet, for example, had its own winery where the monks kept wine production alive.

In the 19th century, due to the process by which it was made, what was then called champagne and now is known as cava was bottled, but local wineries in Catalonia traditionally sold wine siphoned out of barrels. Yet how wine was seen in Catalonia fundamentally changed with the return of democracy in the 1970s, explains Fornos. Wine came to be seen as part of the Catalan identity and so began a recovery of the winemaking tradition. “What came first was an understanding that quality would be far more important than quantity. This long process started in the eighties, began to have an impact on the market in the nineties, and from 2000 on it became established.” The main example is the transformation of Priorat, in which young entrepreneurs drew on the region’s unique conditions to begin marketing select wines that turned Priorat into one of the world’s most prestigious winemaking regions.

With wine now in bottles identified by unique labels, a new phase opened up in which the winegrower needed a story to help sell that bottle. “It is not only family and tradition, but also the land and this prestigious patina that wine has compared to other agri-food products that have been used to construct stories that, thanks to institutions like Vinseum, can be rigorously documented,” says the director.

There is still more work to be done to further grow the consumption of Catalan wines, but the story that wine is an intrinsic part of Mediterranean culture is an added element of attraction that helps define and sell the product. What’s more, the export of Catalan wines to more than 140 countries has helped strengthen “the pride that we are a country of great wines”.

“We are living in an exciting time,” says Ruth Troyano, who is not only a sommelier but also a journalist specialising in wine tourism and wine communication, and who for years has observed the sector from various perspectives. “Never before have there been such well-trained winemakers,” she says. “We can also do wine archaeology to ensure the future of oenology with centres, such as Vitec, the Falset Wine Technology Park.”

Looking to the future, Troyano identifies wine tourism as the best way to promote wine. “Whoever created the wine opens the doors of his home to you. You don’t take away just a bottle of wine, you take away a story,” she says. The wine expert adds that a sector that is often cliquish, “needs to open up and attract new audiences.” An example is the success of mixing wine with other activities, such as combining yoga with wine, or initiatives like those of Celler Molí de Rué in Vinebre, which has recovered the Lo Roget lagoon and now combines sailing on the Ebre River with a visit to the winery. “It’s about making tastings more emotional. Wine tastings are already about emotions, but it’s also about bringing together pleasures,” she adds. 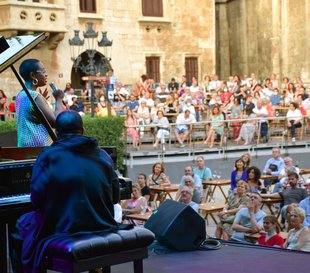 Vijazz Vilafranca
Held in July in the capital of Penedès, the festival has tastings, pairings and a wine fair. The festival attracts more than 50,000 visitors each year and always has a strong international line-up of performers. 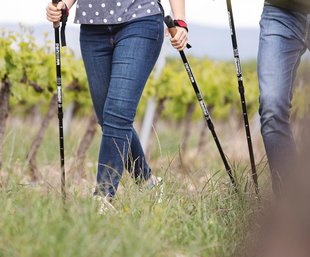 ’Ruta del vi’ through DO Tarragona
The Tarragona Denomination of Origin (DO) has joined up with 19 wineries from four counties in the province to come up with a top wine itinerary. In addition to visits to the wineries, the route also offers unique experiences. 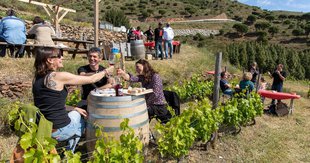 Vivid Festival
This is the Costa Brava’s wine festival, which is held in the spring in the Alt and Baix Empordà counties. Seven editions of the event have already been held, the last with more than sixty proposals for wine tourism. 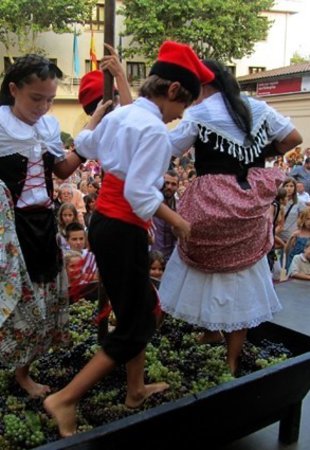 Alella grape festival
For over a week every autumn, wine becomes the central focus of one of the country’s most traditional grape harvest festivals. This year’s festival was the 47th edition and went ahead with activities of all kinds. 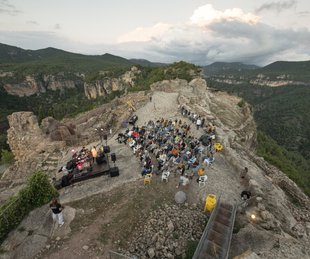 Terrer Priorat Festival
Marketed as a cultural mosaic of the Priorat region, from August to December musicians team up with wineries to perform in unique spaces. 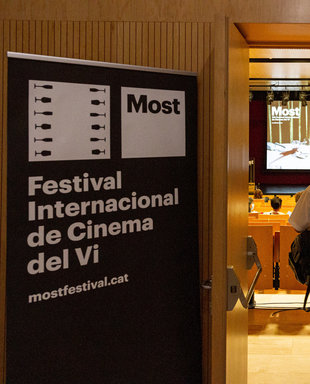 Must festival
The festival includes the best audiovisual production related to wine and cava culture. The event is held in the Penedès and Priorat during November, although this year it was held in June because it had been suspended in 2020.

The arrival of wine in Catalonia

How did wine reach what is now Catalonia? For years, the theory was that Costa Brava, via the Greek colony of Empúries, was the gateway for wine into Catalonia in the 6th century BC. Yet the discovery in 2004 of charred grape seeds in the Iber site of Turó de la Font de la Canya, in Avinyonet del Penedès, dismantled the hypothesis by showing wine had existed in Penedès as early as the 7th century BC. It was the Phoenicians who introduced wine to the Iberian Peninsula in the south. “They arrived in Andalusia and went up the Levantine coast, reaching Catalonia along the Ebre River,” says Dani López, the archaeologist heading the Font de la Canya dig. López explains that the Phoenicians transported wine because they used it in rituals, and that during the 8th and 7th centuries BC it was an element of prestige and, therefore, a currency. With the planting of the first vineyards, sedentary populations were created and, in the case of Penedès, the current landscape began to take shape. 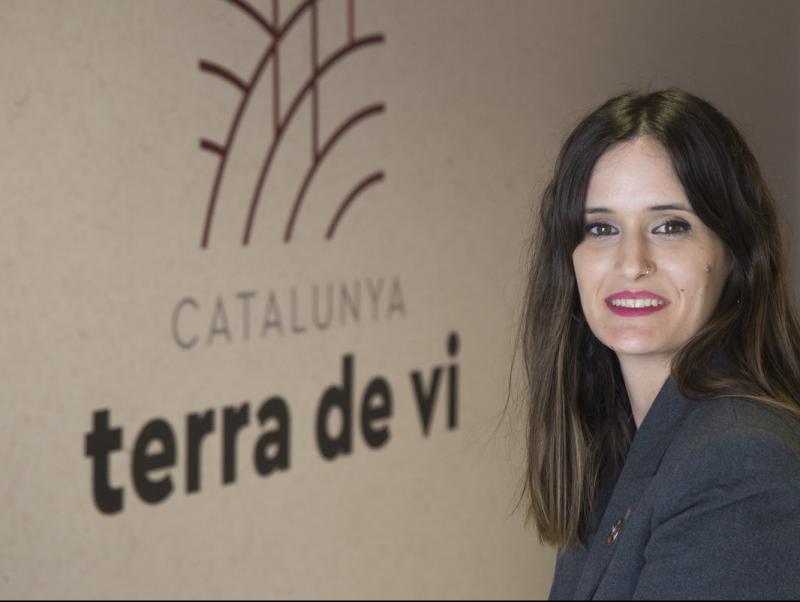