Between 8 and 12 million breeding pairs of birds from 233 different species nest in Catalonia every year. That is 17 more species than 40 years ago, of which 9 are exotic. These are some of the conclusions of the third edition of the Catalan Breeding Bird Atlas (Atles dels ocells nidificants de Catalunya / Editorial Cossetània), a project promoted by the Catalan Institute of Ornithology (ICO). Producing this third volume also involved the participation of 1,275 volunteer birdwatchers doing fieldwork between 2015 and 2018, as well as work from researchers at the European Bird Census Council (EBCC), the Centre for Ecological Research and Forestry Applications (CREAF), and the Centre for Forest Science and Technology of Catalonia (CTFC), among other organisations.

The atlas was first published some 40 years ago, with the second edition appearing two decades years later. This recently published third edition uses the data gathered in the past 20 years to focus on the changes that species have undergone since the 1980s. The first atlas identified 207 species, but new species arrived at the end of the 20th century, mostly from Eastern Europe, while certain domestic species, such as the black vulture, have made a welcome return thanks to reintroduction programmes.

However, during all this time, it is the common house sparrow that has remained the most abundant species in the country, despite a noted decline in its numbers in recent decades. There are today just under 900,000 breeding pairs of house sparrow, mostly in areas where there are humans, from cities and towns to agricultural communities. Behind the house sparrow come the serin, the robin, and the nightingale, each of which have over 400,000 breeding pairs.

Sergi Herrando, director general of the atlas and researcher at the ICO, CREAF and the EBCC, explains that no bird species has become extinct in the past 40 years, although a number of native species are now endangered. “There are some with less than 10 pairs, such as Dupont’s lark, the hen harrier, or the crested coot, all of which were abundant 40 years ago,” says Herrando. Other species have rallied thanks to reintroduction projects. This includes the lesser kestrel, all but extinct in the mid-1980s. “The population is recovering and there are now between 80 and 110 pairs,” he says.

Changes in the landscape, such as the abandonment of cultivated areas, have also affected bird populations. The growth of woodland, for example, has meant that certain species, such as the booted eagle or the lesser spotted woodpecker, which were scarce 40 years ago, have experienced a spectacular expansion. It is a similar story with certain urban species, such as the Eurasian collared dove. On the other side of the scale, however, there are species such as owls, shrikes and wood pigeons, which have all seen their populations fall significantly in recent decades.

The fieldwork to gather the information for the atlas was done by dividing Catalonia into 386 squares of 10x10 km, with the ornithologists carrying out at least 16 bird censuses in each square. Of the ten squares where the most nesting species were detected, four are located in La Cerdanya region in the Pyrenees and the rest, except for one in the plain of Lleida, are also distributed in the northern half of the country. Contrary to what has been observed in Europe as a whole, over the past 20 years in Catalonia native species have in general not systematically moved either north or into mountainous areas in response to climate change.

This third edition of the atlas also introduces nine exotic bird species that have become well established in Catalonia in recent decades (featured on these pages), most of which were introduced as pets by humans and escaped. This is reflected in the distribution of these species, which are mostly concentrated around large cities and in coastal towns. 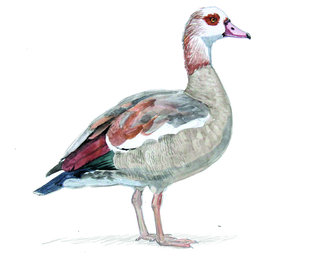 Egyptian goose
Alopochen aegyptiaca This species arrived less than 20 years ago, and there are 6 and 8 breeding pairs in the Alt and Baix Empordà regions. Of African origin, the geese were first introduced into France before making their way south into Catalonia. 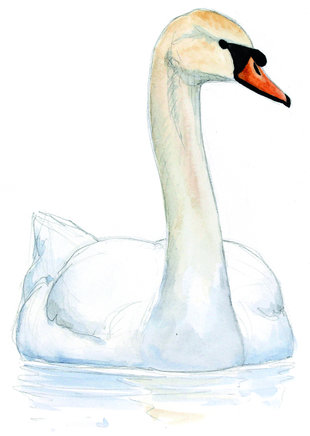 mute swan
Cygnus olor Usually only found as ornamental birds in parks and gardens, some individuals escaped and there are now up to 30 breeding pairs in the wild, mostly in the counties of Empordà, with some also in the Segrià region. 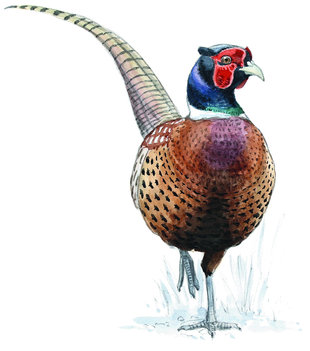 common pheasant
Phasianus colchicus This species was observed in Catalonia 40 years ago. Originally brought over as game, there could be as many as 3,500 pairs in the country, although the numbers are uncertain as it is hard to tell which are wild and which may be hunted. 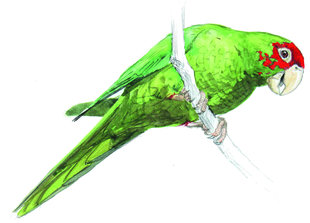 mitred parakeet
Psittacara mitrata This species of parakeet escaped or was released from cages and up to 30 pairs are nesting in and around Barcelona. 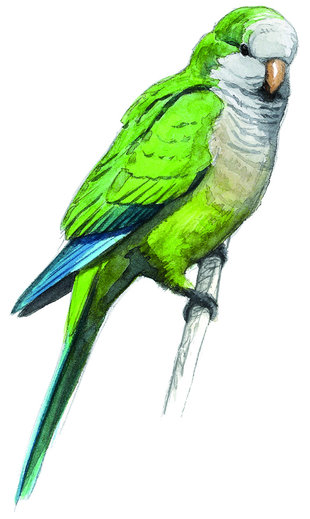 monk parakeet
Myiopsitta monachus There are up to 6,000 pairs nesting along the coastline, but mostly in Barcelona’s metropolitan area. 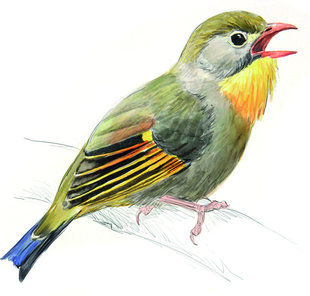 red-billed leiothrix
Leiothrix lutea Some 1,500 pairs nest in Barcelona’s Collserola park since some escaped from cages at the end of the 20th century. 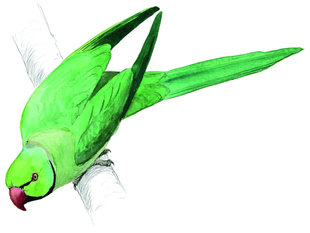 rose-ringed parakeet
Psittacula krameri First detected in 1976 and now well established, there are between 300 and 1,000 pairs nesting, mostly in the Barcelona metropolitan area. 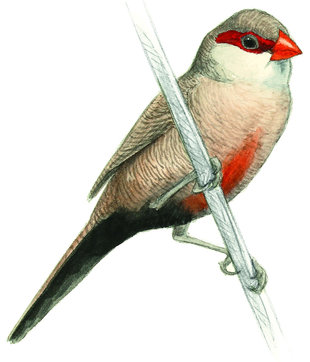 common waxbill
Estrilda astrild Originally escaped pets, this species of African origin established itself in and around Barcelona at the end of the last century. Today, up to 1,000 breeding pairs are to be found all along the Catalan coastline. 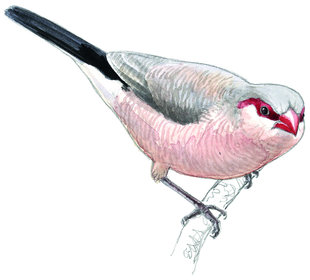