L'Esportiu L'Econòmic Catalonia Today Club del Subscriptor
On the grammar of DNA On the grammar of DNA On the grammar of DNA On the grammar of DNA On the grammar of DNA E-mail
Going native - Neil Stokes
Why is Catalonia so big in biomedicine?
It's out of proportion with the size of the country. This in part is due to the long tradition of business, but also to the long tradition in medicine. There have been many relevant doctors from here from different decades. And this has created a pool of biomedical scientists. It is also important that in the past 15 years, all governments have supported science.
Does Barcelona's reputation as a centre for biomedicine reflect the funding?
There has been significant investment in the past 15 years, and it has attracted talent from abroad. And this has created extra value.
What is epigenetics?
People know about genetics, that it relates to DNA – the book of life. But genetics is just the first chapter of the book and there are others. Imagine that genetics is as an alphabet, well epigenetics is the spelling and grammar; it gives you the pronunciation, the different accents, and this is chemical modifications. For example, a brain cell has the same genetics as a cell from the gut, but the functions are different. This is because the chemical modifications are completely different. All of these chemical modifications are epigenetics.
We always think of genes as unchanging?
Until recently we thought you were stuck with your genes, that you are condemned to live with that DNA. But this is not completely true; perhaps only 10% of people have a strong genetic prevalence to a disease associated with their DNA. For the other 90% there is the opportunity for dynamic and plastic changes in their DNA, and some of these can be related to environmental factors. So epigenetics is a translator between our environment and our cells, which can be modified. But it is a subtle and slight modification that gives you more or less expression of a protein of a gene.
How do you isolate these changes?
Let me give you an example, about identity. We know there are different human populations, according to epigenetics, and this is because they have adapted to live in a particular environment. It might be they live in a country where there is bacteria that infects a lot of people and the DNA has adapted to survive there. So we study the people in that country and people in other countries and compare their epigenetics and look for the difference. Then we can decipher the difference.
Why the focus on cancer?
Epigenetics has an impact on health as a whole, on lifespan, on how fast we age. But cancer is the tip of the iceberg, because it is easy to study. But we are now realising there is a relevance outside cancer. For example, in Alzheimer's disease or in cardiovascular disorders. It is broad and affects many tissues. For example, in neurogeneration we are realising that the cortex of people with dementia are undergoing epigenetic defects, and this is important because we can cure 60% of cancer patients but we can't cure patients with dementia.
What are you researching at the moment?
We have a broad interest but a strong emphasis on cancer. I'm very interested in trying to look at the tumour, and from that knowledge gained, defining a therapy for that patient, which is more personalised. Until now all patients at the same stage of the disease receive similar drugs, but now we have this emphasis on providing a more personalised cancer treatment and this is what is called precision cancer medicine. And epigenetics can contribute to that. It can also contribute to finding out why a tumour is sometimes sensitive to a particular drug, disappears and then after a couple of years reappears. And when the tumour reappears it is now resistant to the first drug. Something has changed, and this change most of the time is due to epigenetics, because this is a very plastic change – genetics is very static and epigenetics is very plastic. We also have an interest in diseases called Rett syndrome, which is a neuro-developmental disease and is the second cause of mental impairment in women.
If epigenetics is about changes due to external factors, is the best therapy to change those factors?
This is true of all medicine; the best treatment is to avoid the disease. Prevention is better for everyone and saves a lot of money. I say it is easier to change cells than people. There are many environmental factors we can attack. For example, smoking, which is responsible for one out of every three tumours in the world. And it's not only lungs, but also the head and neck, the tongue, the throat, even the bladder. Why the bladder when it is so far away from the smoking? Because it is where the toxins are eliminated from the body. Radiation is another. It is clear that exposure to UV light is involved in the development of melanoma, for example, and it is clear that a high uptake of sugar is involved in diabetic disorders. 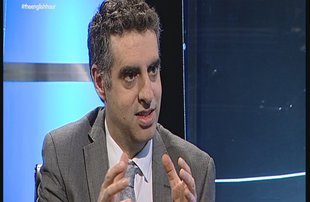