The audiovisual industry has changed completely in just three years. We live in the age of hyper-personalised television, available everywhere and at all times – on mobile, tablet or Smart TV – the fragmentation of audiences, a series boom and the compulsive consumption of content that is forgotten as fast as it is consumed. Television has changed a lot. And it has adapted to our needs. Or is it the other way around? Maybe we are the ones who have changed? The fact is that the new television via online streaming platforms has transformed the way we interact and consume content.

Netflix, HBO Max, Prime Video, Disney +, Movistar TV, Filmin... Beyond conventional television, the supply is huge. We now find that there are too many on-demand content services and too many series to watch, to the point that viewers are getting stressed out having to carefully analyse the full range of options available.

Having all of them is virtually impossible. Firstly, because of the cost, which is unfeasible for most viewers, but also because there is just enough time time to keep up with the battery of releases that algorithms turn into the latest trend or to review our overflowing watch lists.

All of this has been accelerated by the impact of Covid-19. Immediate effects that could already be perceived when the lockdowns came. Given the suspension of most free-time activities – theatre, concerts, cinema – and the difficulty of recovering the habit of face-to-face consumption, the comfort of watching from home has made the platforms the big beneficiaries and seen subscriber numbers increase significantly.

One of the people who knows this phenomenon best and has studied it is Elena Neira, a graduate in law and audiovisual communication, specialising in new models of audiovisual distribution, and Professor of Communication studies at the UOC. She was interviewed by El Punt Avui newspaper last year on the release of her book Streaming Wars. The new television (Libros Cúpula), in which she analysed this audiovisual revolution. Just eighteen months on, the landscape has changed since that platform war.

Neira believes that the pandemic has accelerated the maturity of a market that was already advanced, given that the markets of southern Europe have always been at the front of the queue to incorporate new technologies, pay for content, and also piracy. “What has led to the pandemic is the almost complete integration of the population into traditional media consumption, what experts call the late majorities, the people who take longer to incorporate technologies into normal use. On the other hand, a step has been accelerated that was inevitable and is the result of the market maturing and saturation of the platforms,” Neira notes. This is the next stage of the streaming wars: “the battle for retention.”

As the audiovisual communication expert explains, the big problem now is that many people have more than one platform – and more and more platforms are opting for exclusive material, so “it’s becoming more expensive to access so much diverse content”. Neira detects an “evolution of habits that we have internalised” and will lead consumers to becoming “unfaithful”, signing up for and leaving services as it suits us. This is therefore the challenge now facing the platforms, “to ensure that existing customers do not want to leave, with all the demands that this imposes: having a lot of original content, improving price competitiveness, and being a differentiating brand that people want”.

One of the most transformative aspects of the new world of television is that it has now become “your experience”. It’s fast-paced television, because viewers have become more reluctant to wait, and if something is not available or does not work, they will look elsewhere. In this regard, Neira believes that “the premiere content used to be in the cinemas every weekend, but now it’s on your TV.”

A guide for users

HBO Max, Netflix, Prime Video, Disney +, Filmin ... there are up to 35 platforms currently available to viewers in Spain. It is impossible today not only to have the full range of on-demand content services available – the number will depend on how much you are prepared to spend – but to have time to consume so much supply. What’s more, choosing is no easy task if there is more than one person in the household. Cinema or series? Are there children at home? Platform prices? Which genre or content do you like best? Here’s a quick guide for lost users.

The forerunner continues to be essential for anyone who wants to keep up to date, especially with the latest hit series. It has popular series such as Money Heist, Bridgerton and The Squid Game, as well as other well-known series such as The Crown. It is also committed to producing films by some of the most renowned filmmakers. Quantity and quality continue to place it at the top of the tree, but at a higher price than other platforms. From €7.99 to €17.99 per month.

It’s not TV, it’s HBO. The slogan may sound boastful, but the truth is that HBO earned it by producing some of the best series of all time. A seal of quality thanks to Band of Brothers, The Wire, Oz, Deadwood, Six feet under, The Sopranos... even Game of Thrones! It continues to offer a powerful catalogue and features good Warner movies. It does not have much children’s content, however, and the app is poor in technical terms, less intuitive than Netflix, and not all smart TVs can download it. €8.99.

The favourite among family audiences, and essential if there are children at home. It has built an unbeatable catalogue, led by Marvel, Star Wars, Pixar and National Geographic. It also has the Star network, which includes 20th Television titles. The Mandalorian and Only Murders in the Building have received a lot of public acclaim. €8.99.

Paradise for all movie lovers. Filmin’s catalogue is filled with classic, experimental and independent films, as well as cult series, which are presented in collections. It made a commitment to complement film festivals with streaming sessions, which has become very successful. Very good value for money. €7.99.

Many people have it as an add-on to the shopping service. It has very good material and is producing more and more of its own content, although this is not released as often as others. Soon to be added to the MGM catalogue, with the Bond series as a sweetener. And it will also premiere the prequel series to The Lord of the Rings. One of the cheapest options. €3.99.

One of the platforms that is gaining ground by releasing quality series such as Ted Lasso, The Morning Show, Foundation and Invasion. Ideal for non-compulsive consumers. One year free with the purchase of a product or €4.99.

It has a wide and varied catalogue of films, and also includes the AMC series, Cosmo,

TNT, and Calle 13, among a hundred other channels. Users can access Disney+, Amazon Prime Video and HBO content, but all tied to their phone package. €50 to €75.

Headquartered in Barcelona, it is one of the platforms that allows you to subscribe, buy or rent movies. An online video store that offers some free views with ads.

This is the platform for those looking for Spanish cinema, both classic and modern. Here users will find films by the likes of Marisol, Buñuel and Fernando Fernán Gómez. It also has good European cinema, with an outstanding collection of Ken Loach films and Italian film. It has two subscription plans available, monthly and annual, with a 14-day trial period for both. The price is competitive at €2.99 or €29.99.

Funded by advertising, Pluto TV is one of two free-to-watch channel platforms available in Spain. The other is Plex, although Pluto TV is better known. Its programming is structured like the traditional cable television model, offering its content as designated channels categorised by programme content type, from movies, news or comedy to sports, kids or local.

The app is not available on some TVs but can be accessed, for example, on Amazon Prime Video for an extra monthly subscription. It has a powerful, competitively priced catalogue that includes original content as well as series and documentaries by other content creators, including worthwhile popular drama series like Normal People and Dr. Death. €4.99.

One of the telephone company’s media platforms, Movistar+ sometimes comes as part of a mobile phone and internet package. The channel has wide-ranging, quality content, which includes its own productions, such as the award-winning series Hierro and Antidisturbios. Movistar+ also includes such gems as The Good Fight in its entirety and features, premieres of such popular series as The Walking Dead, Riverdale and Dexter New Blood. It also offers movie premieres every Friday. However, it is not cheap, and even less so if users choose to expand the catalogue to include other platforms, such as sports. When not part of a telephone or internet service, the basic package starts at €25.

“The future will not depend on original content alone”

Filmin was founded some fifteen years ago now, time which has allowed this independent Barcelona-based content platform to position itself firmly in a market that has seen giants arrive with multimillion-dollar investments in recent years.

Will the ‘new television’ end up crushing the ‘old’?
No, the old is already becoming new. We’re seeing how both public and private televisions are adapting their strategy to digital. In the case of TV3, non-linear content doesn’t exceed the linear audience, but it is big, and we have all seen TVE’s campaigns to promote a platform with its content.
You’ve released your first series. Is original content the future?
No, I think there will be a mix. We can’t be maximalist, the future of a platform will not depend on its ability to create original content. Yes, there are platforms that can capitalise on this, but subscribers want to enjoy a catalogue with many different elements. We have to think that 100 or 200 films are presented at a film festival like Cannes, Berlin, San Sebastián, Sitges and others, and they’re of great interest to audiences. There’s a lot of audience and not everyone wants an original new series on a given platform each week.
So Filmin will continue to offer diverse content and have its own production as an additional offering?
Correct. Original releases will be the mainstay, but we will maintain our own exclusive releases, which does not mean that they’re original; the most important thing is our catalogue.
The market is changing rapidly. What major transformations are taking place now?
The arrival of many global platforms. That was unthinkable three years ago, and now there are six or seven platforms with investments of over ten billion euros a year with original content. We are talking about maybe 50 billion euros of annual investment. 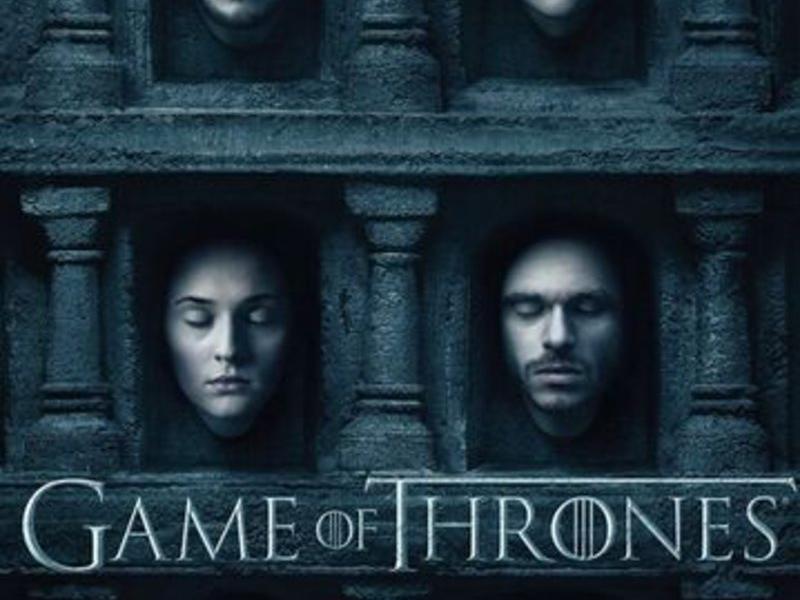 (Probably) the best TV series ever