The results of the UK parliamentary elections in 2019 - which gave an overwhelming majority to the Conservative Party - have been interpreted in many ways. A lot of analysis has focused on explaining why regions in the north and centre of the United Kingdom - which for the most part of the last century voted for the Labour party - had suddenly swung conservative. While many have pointed to the importance of nationalist sentiments and a nostalgia towards the former British empire, there is one factor that has not been emphasised enough; large unemployment rates and the lack of adequate labour standards.

Starting in the 1980s, propelled first by Margaret Thatcher and later by Tony Blair, the UK’s economic system started to move away from one based on heavy industry to one based on services concentrated in the City of London. As a result of this shift, factories closed, and unemployment rose. In the 2000s, these regions became home to distribution centres of large companies providing hope of economic regeneration and the return of dignified employment. Instead of meeting these expectations, they were faced with the current reality of a global economy dominated by large multinational corporations. For the working class, this meant insecure employment, long hours, and low pay. It also meant workplaces where all their movements were controlled and where breaks were so short workers found themselves forced to remain at their stations and urinate in plastic bottles. Many refused to work at such centres, longing for a past in which they had jobs they were proud to maintain. Between 2004 and 2007, ten countries from Central and Eastern Europe acceded to the European Union, and many of these jobs were taken up by immigrants coming from these new member states.

People in these regions, unemployed or in jobs devoid of any dignity, did not believe the politicians and economists who during the campaign before the Brexit vote said that staying in the European Union was essential to maintain economic growth. These people did not believe experts because they either did not see any evidence of this growth or did not experience any tangible benefits of this supposed growth.

This all points to one crucial lesson that the EU must take on board: the importance of developing a Social Europe. If the EU could prevent the abuse of workers on the part of large companies and alleviate job insecurity, people living in impoverished areas would not use such ballots to express their discontent with their economic situation. Furthermore, establishing rules and practices at the European level instead of the national level would eliminate the incentives of these companies to establish themselves in other member states where there are lower labour standards. Citizens residing in countries like Poland and Romania as well as those who have immigrated to other member states would benefit equally from these protections.

What is at stake is nothing less than the integrity and survival of the EU. If citizens do not feel secure in their social and economic system, they will not want to remain part of an institution whose main accomplishment has been the creation of an internal market, but whose social policy accomplishments leave much to be desired.

The new presidency of the European Commission has the opportunity to change the course taken by the European Union so far and do more to prioritise the protection and development oflabour and social rights. 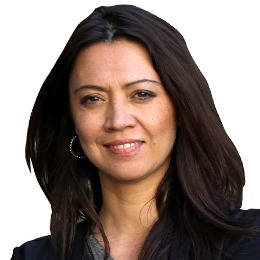