The efforts of the Catalan government and education department to ensure a trouble-free start to the new school year in the end went down to the wire. Ever since we were little we’ve been told not to leave our schoolwork until the last minute, but that’s exactly what the education authorities did this September, and they got away with it. The protests, including strikes, that teaching unions had planned for September were called off. However, we shouldn’t kid ourselves, this agreement is merely a small first step towards resolving the deep conflict that exists in the education system.

Just days before the start of the new school year on September 5 (in primary schools) and September 7 (in secondary schools), at a meeting between the government and the unions that was called to discuss the extent of minimum services for the stoppages planned for the month, the education department made an offer to the unions aimed at halting the protests and resuming the talks that had broken down some time ago. For the largest union, USTEC, the priority for unblocking the stalemate and restarting the dialogue was to return to the school hours prior to the education cuts in 2010, at all levels and not only in primary schools as the education department had proposed. This means that teachers will get an hour back to dedicate to tasks other than teaching in the classroom. It also means hiring more teachers, which the authorities had said was “impossible” but that they now concede can be done in January.

Thanks to the last-minute offer made by the education department, the seven teachers’ unions that had called the strike action agreed to call off the protests and return to talks. “Agreement to recover previous school hours in primary and secondary schools and incorporate 3,500 teachers in January 2023! Thanks to the protests, we have won one of our main demands and we are ready to continue negotiating with the education department during the first term to achieve the rest of the demands,” the unions announced on social media. An interesting term lies ahead, for sure.

In the photo taken after the agreement, it is Catalan education secretary Josep González i Cambray who is smiling from ear to ear, not the union representatives, who insist that they will be “vigilant” in making sure the authorities comply with the agreement. The unions have qualified the understanding as a first step that “opens up a pathway”. The unions agree that gaining 3,500 teachers extra teachers is nothing to sniff at, and they do not see their agreeing to call off the protests as any sort of surrender: “If we do not reach agreements that benefit the collective, we are open to more protest,” went one union statement. “We have achieved the goal of getting the cuts reversed, which is what we’ve been fighting for for months. We aren’t giving up on anything. We have decided to trust in what we’ve been told. It’s a truce while we see what happens.”

The uproar in the Catalan school system came in February, when the education department announced – with great fanfare but without any warning – a series of major changes for the 2022/23 school year. Teachers, other school staff and many parents complained that they had not been consulted and that there was no consensus to make such changes. Unrest in the school system is not new and goes way back, but the announcement of these new measures acted as the spark that ignited the gunpowder. March brought large scale protests by teachers and tense negotiations, while many of the leading figures in the education department were conspicuous by their absence and very difficult to get access to. The school year ended without an understanding reached by the parties and it looked as if September and the start of the new school year would be marked by widespread protests and strikes. The mantra of “Cambray out” was heard repeatedly, but for the moment the Catalan education secretary remains in his post.

Despite the new developments, neither the conflict nor the protests can be considered over. The resumption of classes could also lead to a resumption of the protests, depending on how events unfold in the next few weeks and months. As already mentioned, the main demand by the unions to unblock the stalemate was the reduction of one teaching hour so as to return to the school schedule before the cuts of 12 years ago. “One less teaching hour does not mean less work, rather it means having time to reflect on how to best help pupils make progress,” say the unions.

USTEC spokesperson Iolanda Segura explained the situation from her union’s point of view: “We’re facing a torrid September.” According to the spokeswoman, the Catalan government assured the unions over the summer that they were looking into their demands but “apart from the reduction of teaching hours, and only in primary schools, they offered nothing else,” she said, pointing out that this was the reason why the unions did not withdraw the threats of protests in September. “They could have decided not to push ahead with the new school calendar while looking for an agreement. But no, they’ve gone ahead with the new measures, which were not discussed, negotiated or agreed with us,” Segura added. The spokeswoman went on to explain that teachers feel slighted after “giving everything and more on the front lines” during two years of pandemic: “Our reaction has not been capricious, it’s the result of a cluster of circumstances. There is a limit.”

What is at the heart of all the conflict? For Segura it is because the current government has a very clear programme of transformation in many areas, including education. The union spokesperson says that the education department seems more interested in teachers acquiring “skills” rather than knowledge or experience, and she is concerned that the authorities want to run schools as if they were private companies. “All in all, it’s a ’transformative’ programme, a change in the idea of what public services should be like,” she said, adding: “It is about creating citizens who are at the service of the market. Education suffers from this vision.”

Xavier Massó, general secretary of the Secondary School Teachers’ Union of Catalonia (ASPEC), shares Segura’s analysis. For ASPEC, the curriculum is the key point: “We’re against the new curriculum because it devalues public education, and I say public because the private sector may be able to continue doing what it wants.” The results of the basic skills tests were recently released. All results are down, especially maths. “It’s because of the pandemic, they tell us... Really? Come on!” said Massó, before adding: “Public education is seen as a breeding ground for uncritical and cheap labour. The model they are trying to “implement”, they say, is the model in English-speaking countries, which works through elite schools for some while the rest, which is the majority of the population, get a purely functional education.” 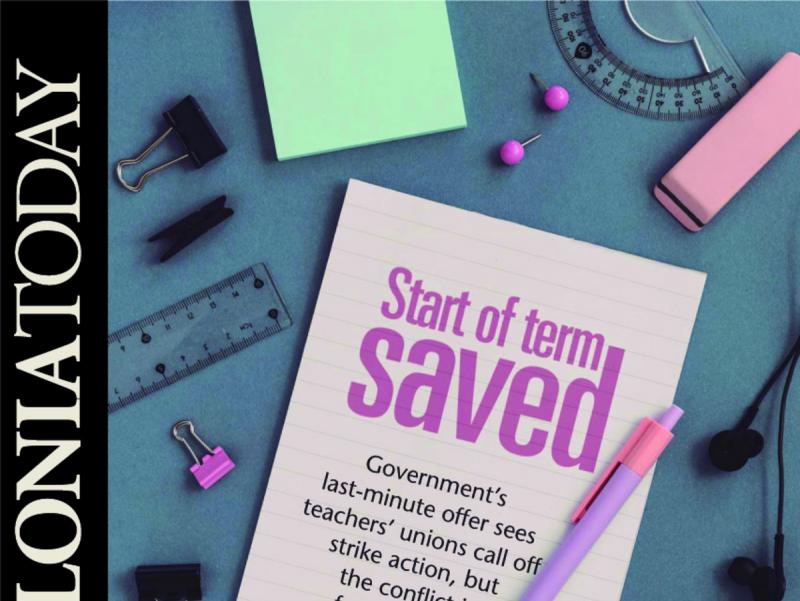 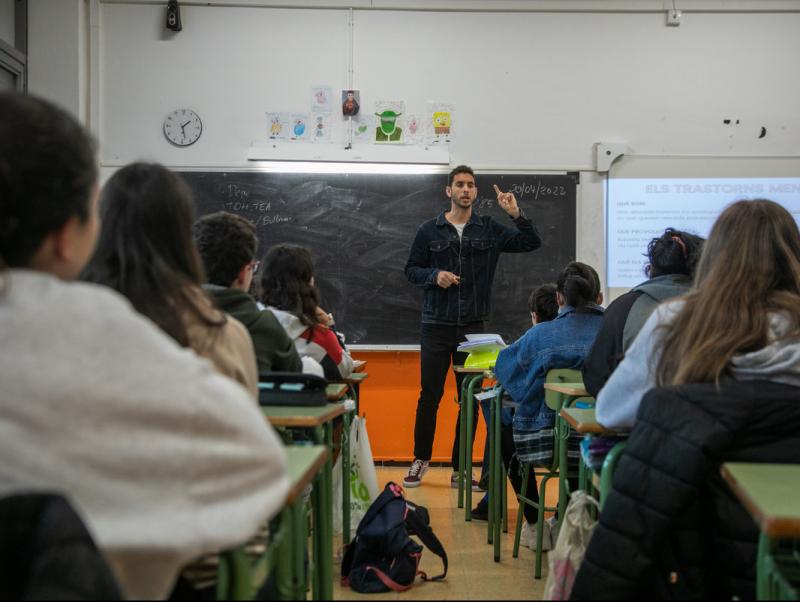 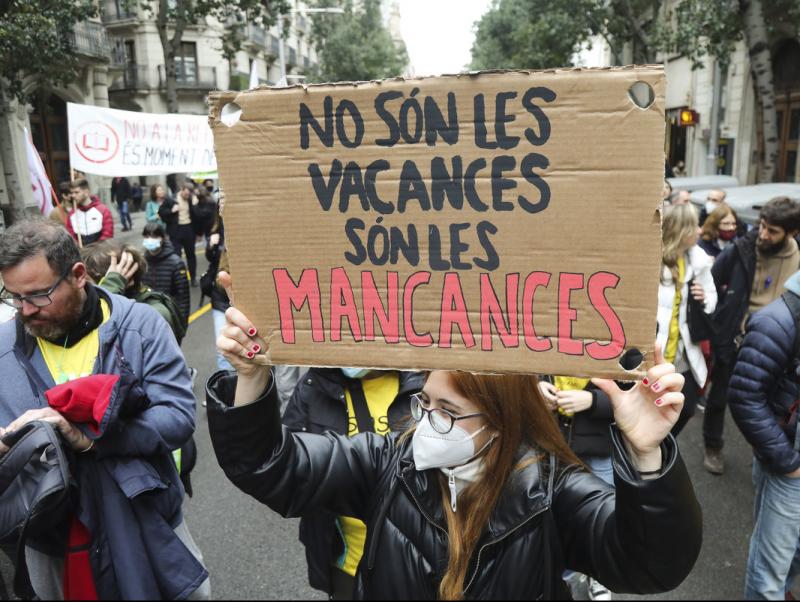