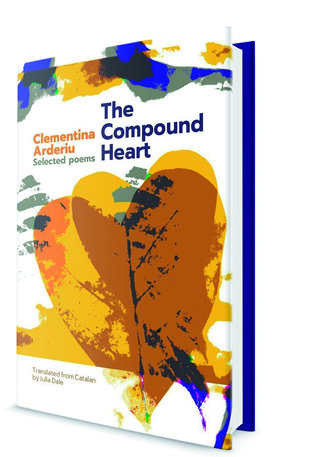 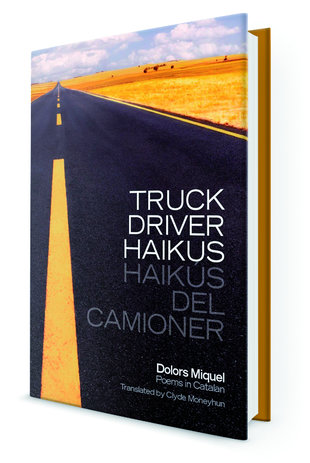 You publish an enormous number of minority language books.

Some list! A lot of your books are poetry.

I’m a great lover of poetry. I think it’s a very important vehicle for language revitalisation and stabilisation.

How did it all start?

I started publishing lesser used language titles around the turn of the last century! Quite by accident, I was shown a manuscript of contemporary poetry in what I discovered was the Cornish language, although I had no idea then that the language was still in use. I published that collection of poetry in 1999, as a kind of novelty. I found it was a small language, but with a modern sensibility. Then someone suggested I publish something in Breton (a sister language to Cornish) and I realised that this was a huge but neglected field.

As I say, I began publishing in lesser used languages almost as a novelty, having an antiquarian interest. I suppose the languages themselves are secondary to the issues of culture and identity in a world that is tapering towards monoculture, monolingualism and a single economic model, all of which I reject. Language as an expression of cultural identity became an important political issue for me; in many ways it has become my defining political activity.

I understand the attraction of these books, but can you sell enough to make a living?

There has undoubtedly been an increase in interest in lesser used languages. When I began, I had to explain what I was doing and its importance. In the English-speaking world, there wasn’t much interest. It was a bleak landscape: I felt very much like a pioneer. These days there are institutions, university courses, prizes even, dedicated to the subject. The world caught up with me! However, no one gets rich on lesser used languages.

How do you find your books when you clearly cannot yourself know all these languages?

The Catalan titles are usually recommended by translators, readers and friends. One volume often leads to another. Among our poets we have Màrius Sampere, Montserrat Abelló, Ponç Pons (in Menorcan), Maria-Mercè Marçal, Xavier Panadès and Noèlia Díaz (from Alacant).

A Cab Way up High

Dolors Miquel says that the 167 haikus in this book, written over 20 years ago, should pack a punch. This reminds me of the two 1920s boxing friends, Ernest Hemingway, who wanted to “knock out” his rivals with his stunning stories, and Joan Miró, who compared the impact of a good picture to a punch on the chin. Not much time for measured reflection there. And a lot of testosterone.

Dolors Miquel (born 1960) emerged as a poet in the 1990s and has won several prizes. She has published some 20 poetry books, as well as organising talks, writing articles and a novel, and giving numerous readings. She is a feminist cultural agitator, known for her recital in 2016 of a feminist Lord’s Prayer (Mare nostra) in Barcelona City Hall.

In Truck Driver Haikus, Miquel adheres almost always to the haiku structure, three lines of 5, 7 and 5 syllables, respectively. She takes the traditional, contemplative Japanese form and shoots it into the modern world: “My idea was to introduce elements of our own daily life to the typically nature-centred themes of haikus.” Thus, trucks, the open road, beer, dogs, the windscreen, passing landscapes are the contents. The three-line poems sit naked on the white page (“the loneliest poems I know”, says Miquel), the English translation opposite. If the haiku works, it packs an instant punch. And then, there is time to read it again - it’s just three lines -and tease out meanings and images.

The truck driver is alone in “a cab way up high”. Loneliness, driving at night:

He/she dreams: of rabbit, garlic sauce, of “Revolutionary/ woman in a tight skirt”. Most of all s/he sees flashes of scenery as the truck passes: a cock on a porch, “jackdaws and tiled roofs”, warehouses, “roughhewn fences”, motel lights, other trucks. Miquel’s are not gentle haikus. She shouts, “Hey you! Truck driver”. There are disemboweled cats, the dead, blood, rats, wind. The truck driver is both powerful and lonely:

a spirit bare to the world.

A cab way up high

Anyone can write a haiku --try it!--, though few can as well as Dolors Miquel. They are gripping poems.

The story of Clementina Arderiu (1889-1976), seen from 2020, seems a classic one of a woman’s marginalisation. Recognised after her death as a major poet, particularly through the critical writing of Maria-Mercè Marçal, Arderiu in life spent a great deal of her time on domestic tasks - children, cleaning, cooking etc. Often she got up in the middle of the night to write.

Her husband was one of Catalonia’s most famous twentieth-century poets, Carles Riba (1893-1959). Like many women, however talented, Arderiu became known as the “wife and tireless companion of…”. Nevertheless, she is not like Zenobia Camprubí, who on occasion locked herself and children in the bathroom so as not to disturb her husband Juan Ramón Jiménez when he was writing. Arderiu’s roles as wife and mother seem willingly undertaken, yet, as in the title of this collection, she has a “compound heart”. Marçal explains:

At the same time, Arderiu is rebellious and indignant, with “a splinter of ice in my heart”. Her work breathes emotional tension, what Marçal called ’clarobscurs’, “paradoxical blends of dark and light,” as Julia Dale the translator puts it in her Introduction. Arderiu presents herself as an ordinary woman with an ordinary domestic life, whilst at the same time undermining this view.

On November 15, I attended the presentation of this book and Dolors Miquel’s, discussed below. Julia Dale emphasised the difficulty of translating Arderiu’s poetry. It is a truism that all poetry is hard to translate, but Dale was talking of the particular density of meaning in Arderiu.

A key example is the poem Caminem acostats (pp. 46-49 in this volume). Dale explained at the presentation and in a note in the book that, in the first two lines (Caminem acostats/ com soldats;), ’com soldats’ can mean ’like soldiers’ or ’as if soldered’. The 14-line poem is apparently simple, but the different interpretations reveal the tensions and intensity of the lines. So deep is the poem that Dale, boldly and felicitously, opted for two translations, “Together, Travelling” and “Marching Together”. Both versions are devastating: starting off together, the poet-narrator is distressed and wants to be free at the end. Dale gives quite a lesson in both translation and poetry.

Dale also talked of ’esperar’, that can mean ’wait’ and ’hope’, giving a density of meaning to several poems, particularly the well-known A l’esperança that opens this volume and dates from 1916, and L’esperança, encara (Unfailing Hope), from 1969 and the last in the volume.

This volume is a fine introduction to Clementina Arderiu’s work. The publisher’s beautifully laid-out dual-language text allows non-native readers to grapple with and grasp the poems’ subtleties.