Having been historically distanced from inland routes, the seaside town of Tossa has always been relatively isolated from major conflicts and, despite being the target of pirate attacks, maintained an independent, wild character.

In the early 20th century, the town attracted exiled painters and artists, some of whom were fleeing Nazism, who spawned a golden age that ended with Franco’s fascist uprising. But this curious history has left its mark and given the town a special appeal that can be discovered in the hidden coves, on Gran beach, strolling through the Old Town or climbing towards Sant Grau church.

Tossa is roaring and furious, and can be discovered from the Old Town, and its three towers, all with curious names: Jonàs, which guards the bay; Les Hores, located at the entrance to the courtyard; and Es Codolar, on the beach of the same name. These towers preserve the essences of a bygone era when Gran beach was a port that hosted boats and the rocks marked by the melancholy green of the cork oaks comprised a different world.

Although Tossa is a centre of leisure and culture today, a visit to the municipal museum reveals a story of past times, when historical figures such as Olga Sacharoff, Marc Chagall, André Masson, Jean Metzinger and Georges Kars left immortal works that all visitors can still enjoy today.

From here we can make our way to the lighthouse, the last to be built on the Costa Brava – it celebrated its centenary four years ago – today converted into a Mediterranean Lighthouse Information Centre, offering lovers of Romanesque buildings a complete guide to the use and life of those in charge of these maritime towers.

Descending from the Old Town – after accompanying Ava Gardner trying to find the Wandering Dutchman – we discover one of the town’s most populated and least known neighbourhoods, Sa Roqueta, an old fishing enclave, and from here go to the Roman villa of Els Ametllers, one of the best preserved on the Catalan coast.

For those who like to walk, the tourist office has several routes: one that goes to Codolar, one that heads down to Cala Pola, one that brings visitors to the Ruixons torrents, one that goes up to Sant Grau church, one into El Puig de ses Cadiretes, or longer and more challenging ones, including one that crosses L’Ardenya, another that passes through Terra Negra or one that connects Tossa to Lloret through the Sa Palomera pass.

Cim i tomba (“Summit and tomb”) is a wonderful dish. Baptised thus because it was cooked using two pots and born of the wisdom of fishermen, it was first cooked with potatoes, onions, garlic, tomatoes and peppers, salt, pepper or saffron, and then mixed with fish leftovers. Throw in a dash of oil, cover with water and cook over a high heat. Add some allioli and you have this gastronomic delight native to Tossa. 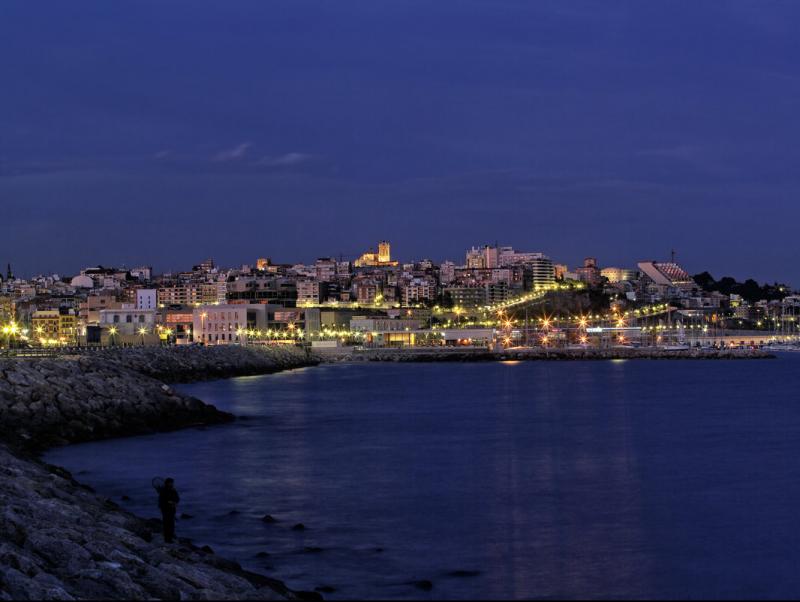